You may see this place referred to by several names, such as Puri Agung Semarapura, Klungkung Palace, Taman Gili and Kerta Gosa.

The site houses the remains of the Klungkung Royal Palace, which was destroyed during Dutch colonisation in the 17th century. All that survived was the Taman Gili, meaning the "moated garden". You can visit the following buildings in the compound:

Although it isn't a temple, you'll need to dress respectfully. 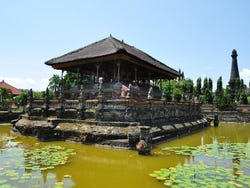 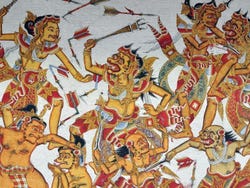 Paintings on the ceiling of Taman Gili
2See photo gallery 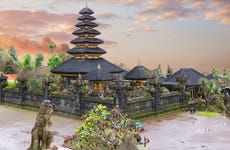 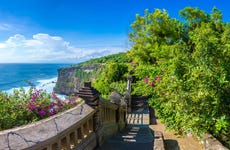 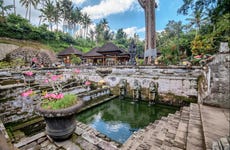